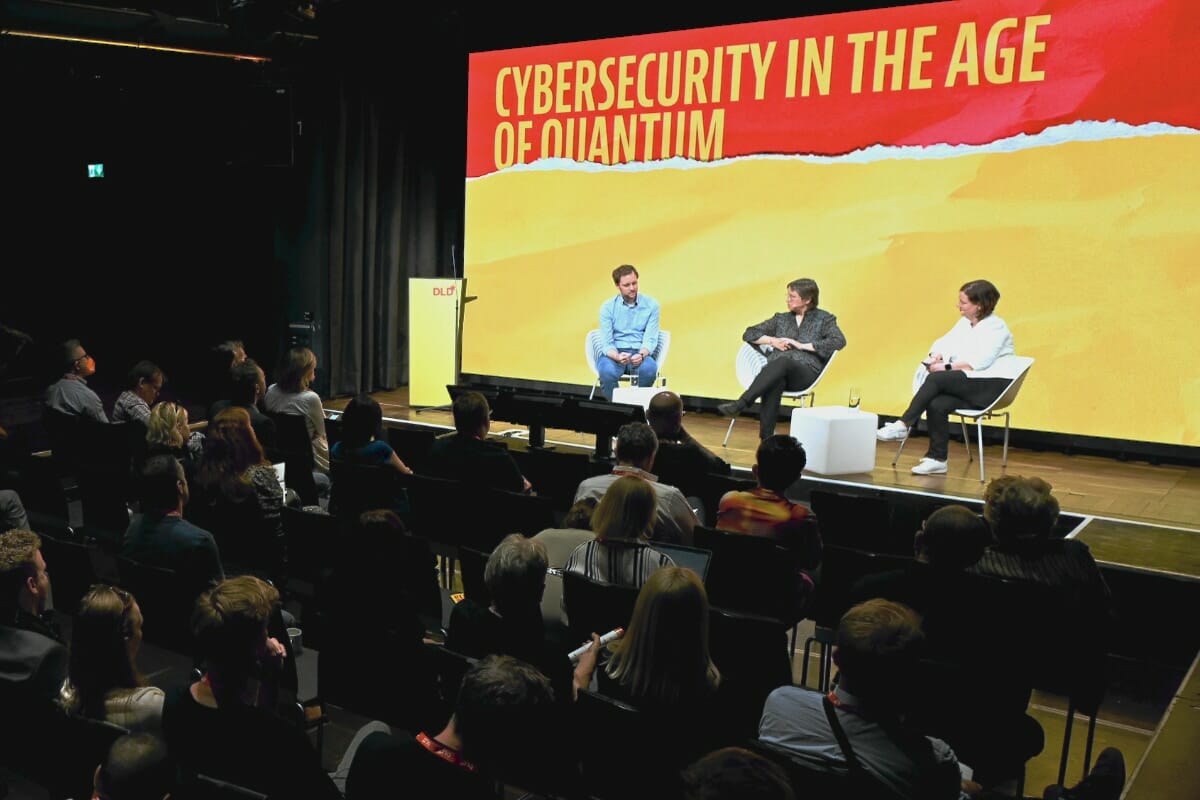 How Quantum Computers Will Shape the World of Tomorrow

With next-generation supercomputers and AI, our world is being reinvented yet again. DLD22 highlighted the most important developments.
Karsten Lemm
May 30, 2022
DLD22
AI  |  Quantum Computing  |  Security  |  Society & Politics

Cloaked in uncertainty, the future is unpredictable. That has never prevented humans from trying to foresee what’s coming anyway, of course – and with the help of technology we’re now getting closer to making the seemingly impossible a reality.

Weather forecasts, for example, are more accurate than ever, thanks to satellite data and supercomputers that can calculate the most likely scenario of rain or shine for any point on Earth, at any time of day.

Beyond Zeros And Ones

Soon, though, even today’s most powerful systems may seem quaint and outdated, thanks to the emergence of a radically different computing technology: quantum computers no longer rely on transistors that switch between two states, off and on, zero and one – the traditional way of calculating with bits and bytes.

Instead, these machines employ so-called “qbits” which can represent various states between zero and one at the same time. Yes, it’s mind-boggling and involves a certain fuzziness – known in quantum theory as Heisenberg’s uncertainty principle.

No worries, though. You don’t need to be a quantum physicist to understand how many exciting possibilities open up thanks to quantum computing, especially when combined with artificial intelligence and data analytics. That said, there are risks, too, especially when it comes to cybersecurity.

The expert talks below, held at DLD Munich 2022, have all the details. For more videos on different topics please visit our dedicated DLD22 conference page.

The Power of Qbits

“Quantum requires sometimes a child-like imagination”, moderator Deborah Berebichez observes at the outset of this fascinating panel discussion, explaining that quantum physics “basically tells us that certain things – like photons or certain particles inside an atom, electrons – can have two states at the same time”.

Led by Berebichez, a leading scientist at the Finnish research institute VTT, the panel explores the potential of quantum computing and main challenges in making the revolutionary technology ready for everyday use.

“We believe that there will be breakthrough applications specifically evolving around chemistry”, McKinsey analyst Philipp Ernst says. In a new report, the consultancy predicts that quantum computing “could revolutionize the fight against climate change” by speeding up the development of green fertilizers, new carbon-capture technologies and more efficient batteries.

The prospect would be a huge boon to car makers, too, Hildegard Müller, President of the German Association of the Automotive Industry, says. “We need a lot of batteries for electric vehicles, and I think quantum technologies could make a huge impact on battery research.”

This is exactly what Californian startup PsiQuantum is working on. And chemistry, co-founder and CEO Jeremy O’Brien predicts, may well turn out to be the one, crucial application that makes quantum computing “the most profoundly world-changing technology that humans have yet uncovered”.

The hardware, however, still needs refinement, all panelists agree. To speed up the deployment of applications, Terra Quantum has developed a hybrid approach. “We work with virtualized qbits” on traditional systems, CEO and founder Markus Pflitsch explains. This way, the Swiss company helps its customers reduce emissions from biomass power plants and optimize shipping routes.

“The climate crisis is now”, Pflitsch says. “We don’t have five or ten years time to waste.”

For criminals, the digital economy offers a world of opportunities. “We’re surrounded by technology, we need technology”, network security specialist Gabi Dreo Rodosek says – and the more we rely on smartphones, IoT and cloud computing for critical infrastructure, the more urgent the question becomes: “What is the threat landscape?”

The discussion between Rodosek, Dorit Dor (Check Point Software) and Jan Goetz (IQM Quantum Computers) illustrates that protecting computer systems from attacks requires dedication and the will to respond to various possible scenarios.

“The biggest threat is whether people take it seriously”, Dor observes. “People have a lot of things on their mind, so they settle for the easy solution.” That’s very risky, she warns, because attackers only “need to find one problem. You need to defend against all problems.”

Quantum computers can theoretically break today’s most common encryption technology, creating yet another challenge for defenders. But the threat has already prompted researchers to develop a new, post-quantum cryptography standard.

“So you see how one technology, which is not even ready yet, is already affecting other, very important technologies like cybersecurity”, Goetz notes.

Attacks From the Future

Data breaches could also happen retrospectively, in the future – with the help of quantum computers, as Jack Hidary explains in his discussion with investor Jim Breyer.

Hidary, a former scholar, pioneered quantum research at Google’s mother Alphabet before the tech giant turned the unit into a startup named SandboxAQ, which Hidary leads as CEO.

The future security threat that corporations already face today is called “Store now, decrypt later”. The attack “is going on right now, as we’re sitting here”, Hidary warns, and it’s all about breaking into servers “of IP-rich companies, of governments” in order to steal data, even if it’s encrypted.

What the attackers hope to do in the future, Hidary explains, is to use the power of quantum computers to break the encryption and make the stolen information accessible.

Trade secrets, bank accounts, proprietary research – all of this could be exposed by such attacks, Hidary says. “There’s a lot of corporate espionage happening, and this now is one of the vital threats.”

The best protection is moving from today’s encryption standard to quantum-resistant algorithms, as quickly as possible, he advises.

But there’s plenty of good news about the potential of quantum computing, too, as Breyer and Hidary make clear.

“One question is, how can we use quantum to accelerate the world of atoms?”, Hidary asks, pointing out that in medicine, it currently takes 10 to 15 years “to get from molecule to medicine”.

He is optimistic that the next-generation supercomputers will be able to radically speed up this cycle, helping humans cure many debilitating diseases such as Alzheimer’s, Parkinson’s and various forms of cancer.

Breyer shares this view and wants to do his part, too. “I really would like to play a small role as an investor in eradicating certain cancers completely. And the very best scientists at Memorial Sloan Kettering and MD Anderson and Massachusetts General believe that’s possible – with the aid of computation, both AI as well as quantum.”

Breyer – an early investor in Facebook, Etsy and Spotify – has already made more than a dozen investments in this field, he says, “many in stealth mode, many in and around what Sandbox’s core technologies enable life-science experts to further develop in the world of medicine”. 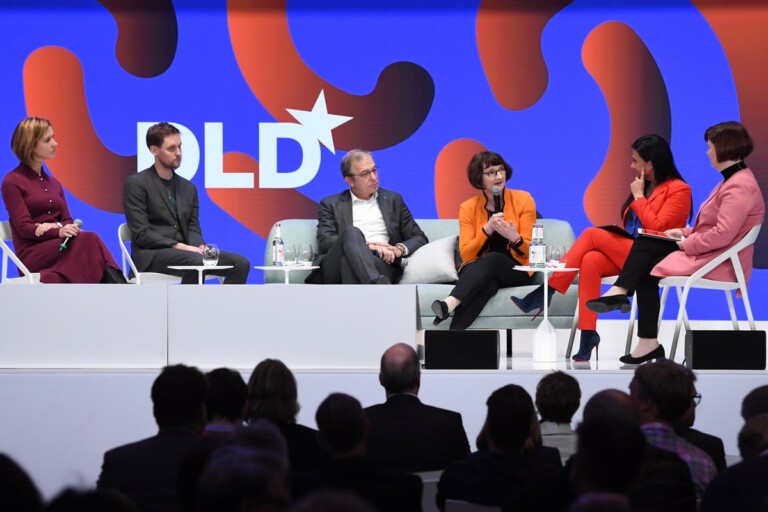 From research and finance to healthcare and aerospace: Quantum computing is opening up new possibilities for solving some of the most pressing issues of our time. “Some people say that quantum computing, not… 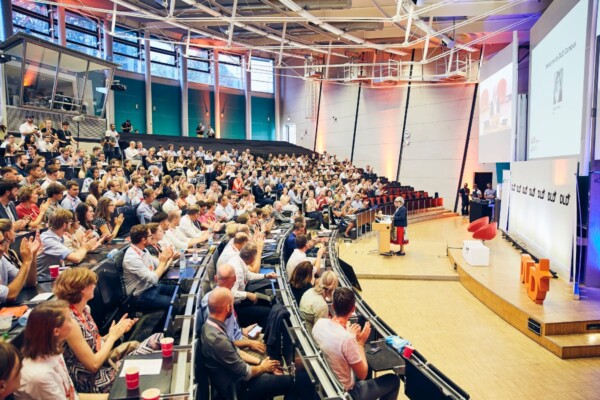 Bavaria is one of Germany’s most innovative regions. Our DLD Campus conference at University of Bayreuth brought together business leaders,… 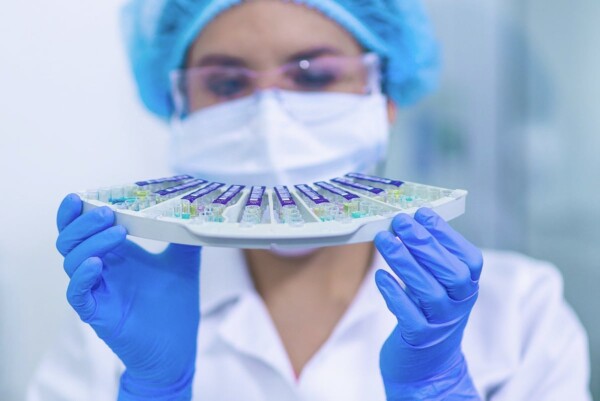 Biotechnology promises to revolutionize health and medicine. Harvard geneticist George Church shared his insights in a DLD Sync session with… 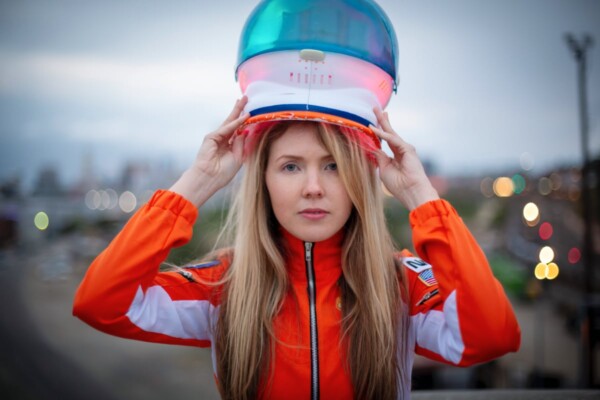