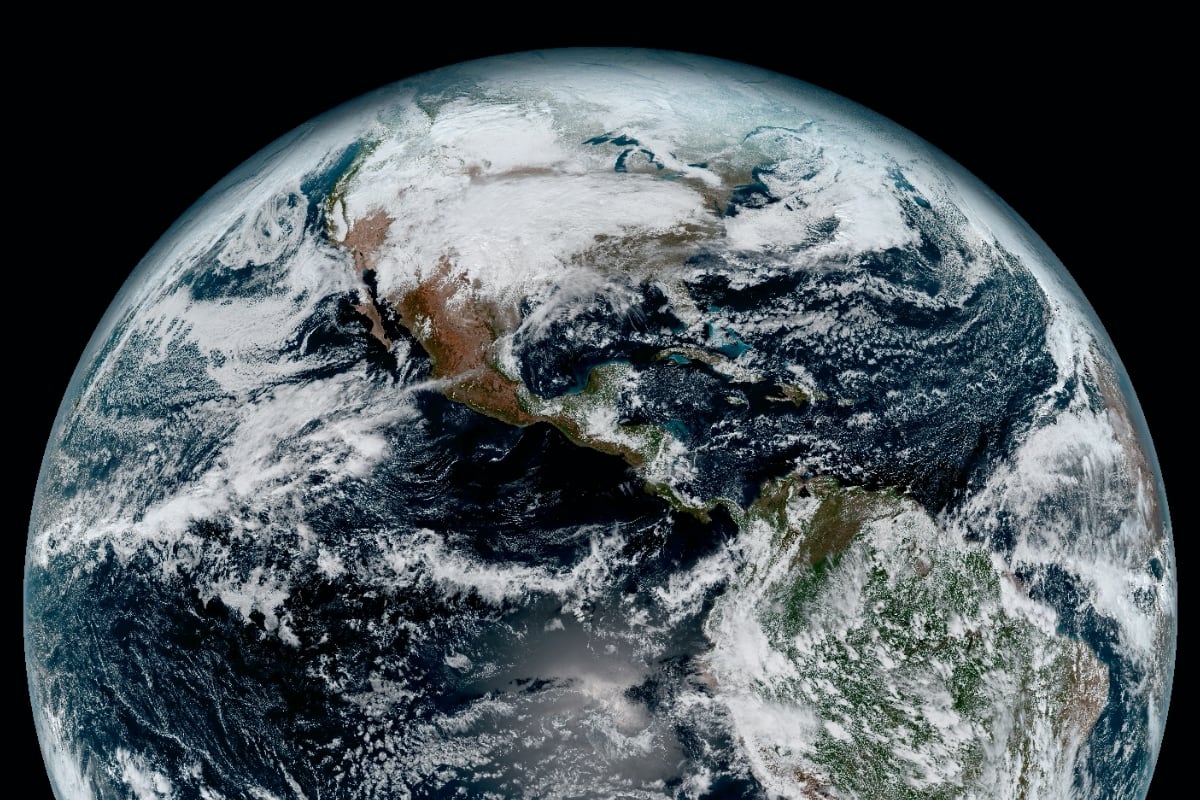 Employing money to make more money, that used to be the main goal of investing – until Wall Street developed a sense of purpose. Now margins and returns are not enough anymore. The dollars and euros that buy shares or bonds are also supposed to have a positive effect on society and the planet.

Investors increasingly demand an additional value. They want to see the usual financial benefits but also support human rights, fair labor standards or the fight against climate change. At the very least, they want to make sure that the companies they are investing in play by the rules and adhere to high standards of corporate governance.

These expectations have fueled an unlikely boom in sustainable investing. An estimated $34 trillion – equivalent to more than a third of the world’s professionally-managed assets – is now being invested with the stated goal to create wealth and also make the world a better place.

“Instead of driving our economic system through profit alone, we’re going to drive it through impact and profit”, Sir Ronald Cohen, a pioneer of this development, told the audience at a recent DLD Sync session with DLD Chairman Yossi Vardi. 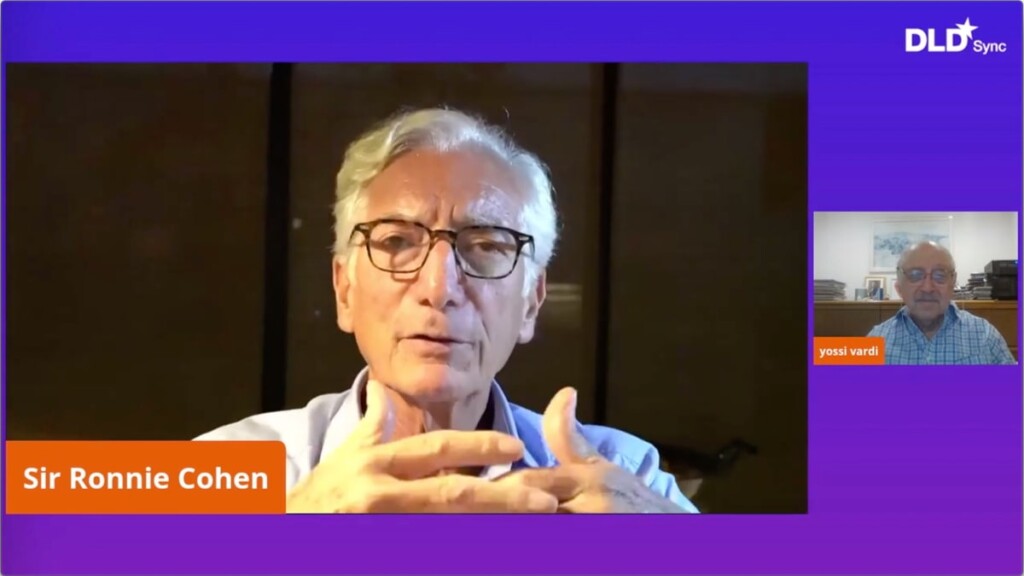 Sir Ronald Cohen is recognized as the father of impact investment. A pioneering philanthropist, venture capitalist and social innovator, he serves as Chairman of the Global Steering Group for Impact Investment, the Impact-Weighted Accounts Initiative at Harvard Business School and The Portland Trust. Sir Ronald was born in Egypt and left as a refugee at the age of 11, when his family came to the UK. He is the author of Impact: Reshaping Capitalism to Drive Real Change.

Why the Revolution Needs Transparency

Barely ten years ago, in 2010, Sir Ronald created the first social impact bond with the intention of raising money for charities involved in the rehabilitation of prisoners. Backed by the U.K. government, the bond achieved a 3.1% annual return for investors and also reduced the number of reconvictions by almost 10%. “That, in a way, was the beginning of real impact investing – optimising risk-return and impact”, Sir Ronald recalls.

The example quickly caught on, and impact investing has grown to an estimated $715 billion, becoming its own category. The vast majority of sustainable investing, meanwhile, falls into the category of ESG investing – an abbreviation for environmental, social, and governance issues that are considered for each investment. 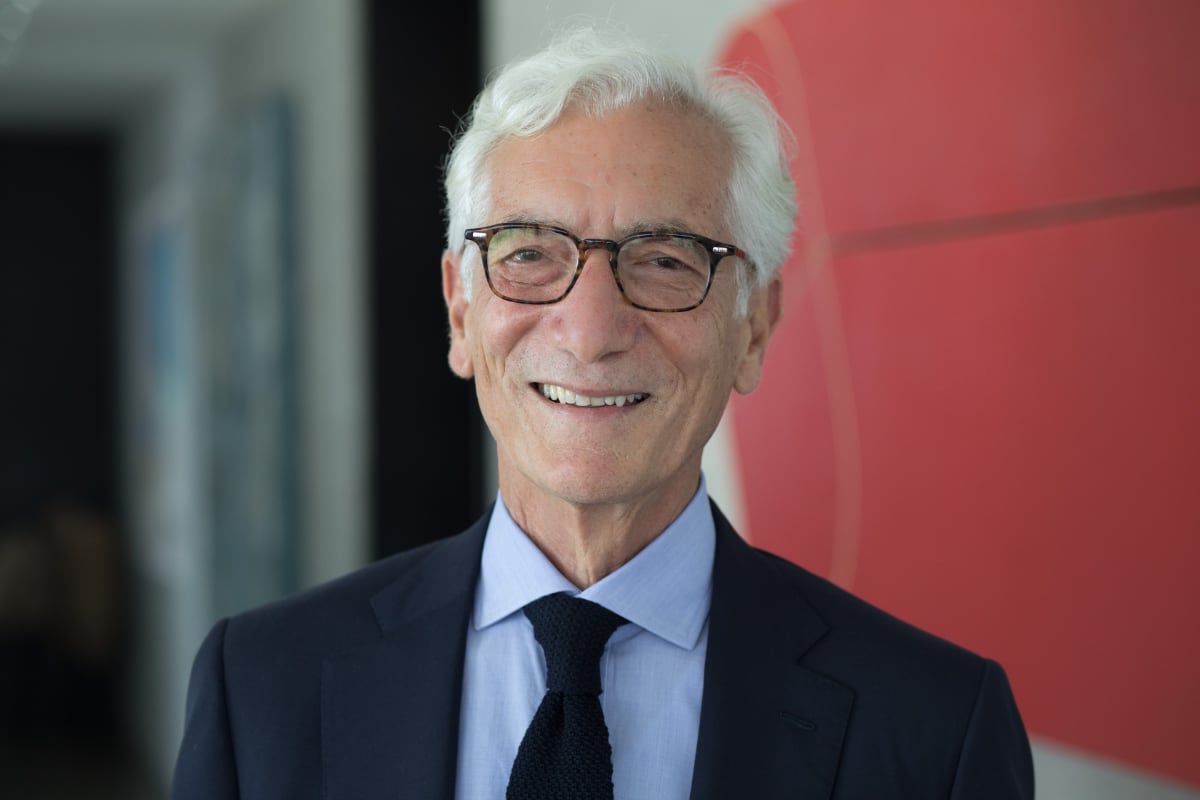 “Our system today allows companies to pursue profit and create damage – huge damage, environmentally and socially – as a consequence of their efforts to make money.”

There are, however, challenges in putting goodwill into action. Asset managers face, for example, “a lack of clarity about what to measure and where to get the data” in addition to “concerns among investors around greenwashing (overstating an investment’s impact)”, the authors of a Boston Consulting Group analysis noted.

This is of great concern to Sir Ronald Cohen as well. “To date, the absence of effective impact measurement has obscured the accountability of companies for the harm they cause”, he writes – but he’s working hard to change that. Along with researchers at Harvard Business School he aims to bring transparency to sustainable investing as well as the economy in general.

The solution? A database that evaluates the social and environmental footprint of large corporations from around the globe. It will “allow us to show the total impact of companies”, explains Sir Ronald, “so that we can look at them and set off their positive and negative impacts from their products, from their operations and their employment against the profits they make.”

What Does ESG Investing Stand For?

Initial results from the Harvard IWAI project show big differences between companies in the same sector. In food production, for example, Nestlé’s environmental cost is equivalent to 5% of the company’s profits; in contrast, the researchers calculate a negative environmental impact equivalent to 62% of profits for Associated British Foods. Among oil producers, the researchers found similar differences between companies, with Exxon Mobile causing a much higher cost to the environment than BP and Shell.

“So even within the worst sectors you have huge gaps between leaders and laggards”, Sir Ronald says. “And what is interesting [is] the ESG money and the impact money has already had its effect. You can already see a correlation between higher pollution and lower market cap.”

In his new book, On Impact, Sir Ronald argues that society as a whole will follow the lead of financial markets – not the least because a younger generation of consumers demands more accountability of corporations whose products they buy.

In his DLD Sync session, he observed, “We have a movement now of consumers, of employees and of investors basically saying to companies, ‘You have to improve the environment and improve lives while you make money.’ […] And if you don’t you’re going to be punished. Your valuation is going to go through the floor.”

The result could be a fundamental change of the economy. “The next frontier for society, for capitalism, is impact transparency”, Sir Ronald says. “I think it’s a revolution, and I think it will go as far as the tech revolution did. It’s going to change the business models of the biggest companies – and if they don’t change they’re going to be overtaken, like Tesla has overtaken General Motors and its other U.S. competitors.” 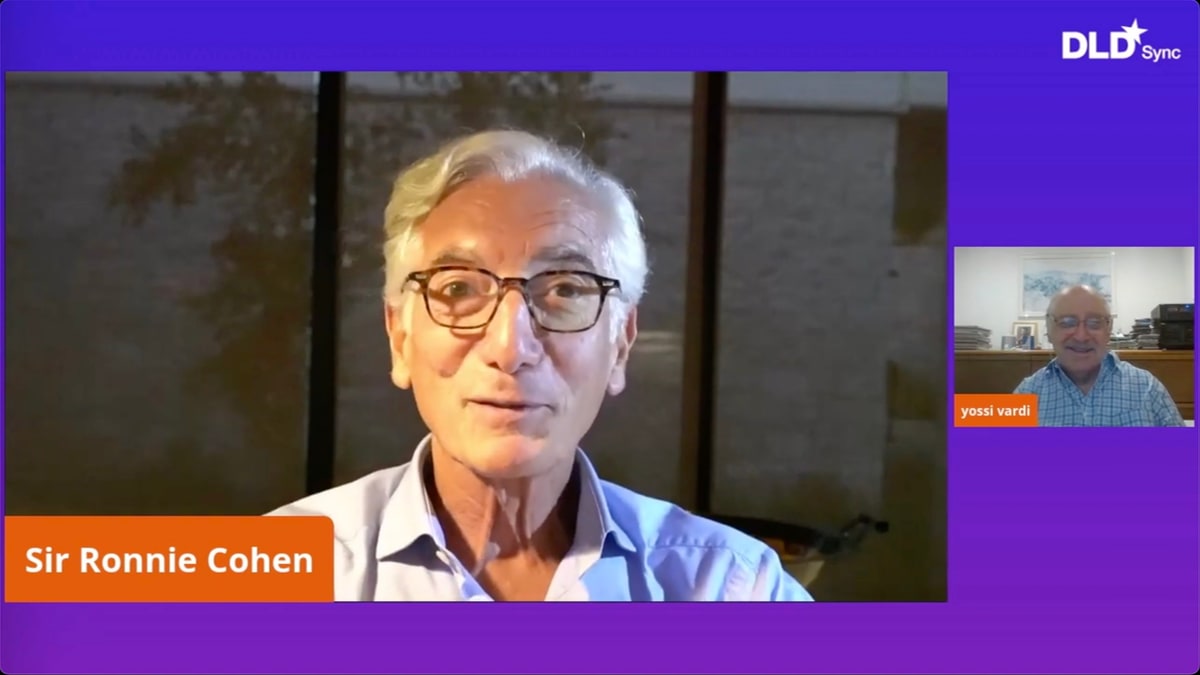 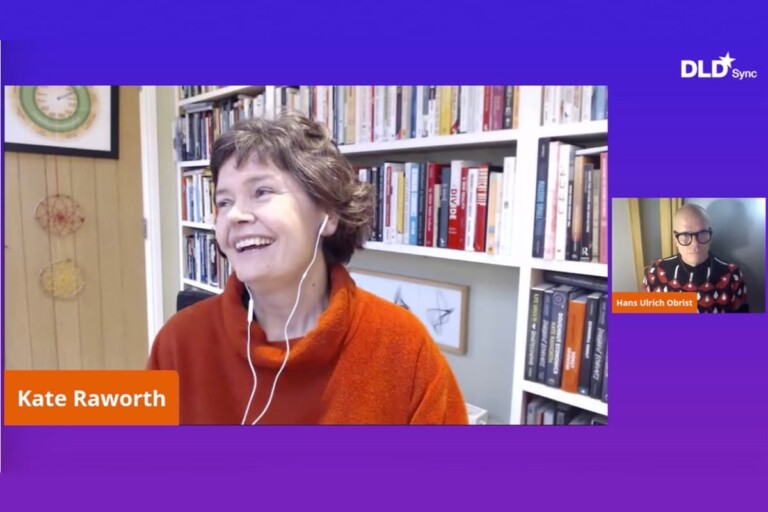 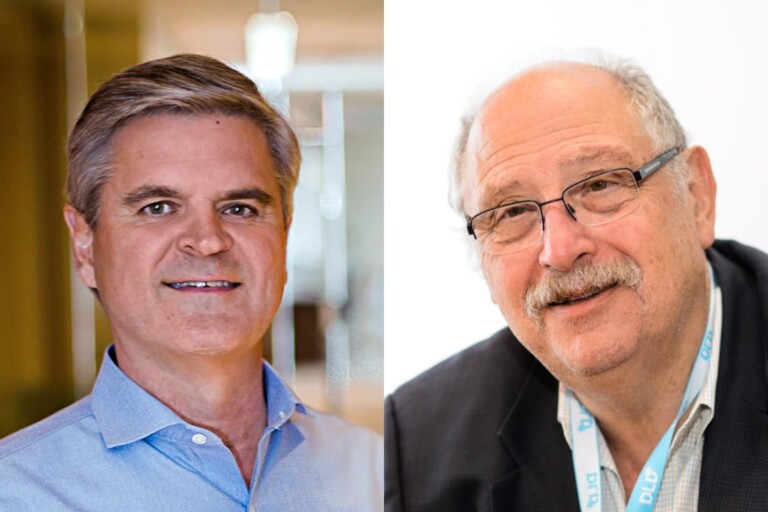 Entrepreneurship In Times of Crisis

It’s hard enough to build a successful startup when times are good. But now? How will the Covid-19 pandemic impact entrepreneurs, investors and startup ecosystems around the world? What are the partnerships that…
Newsletter 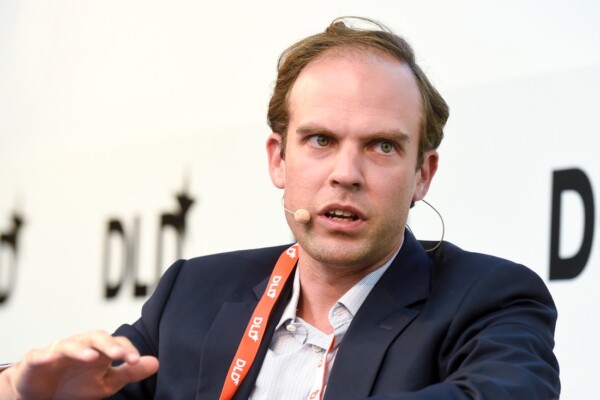 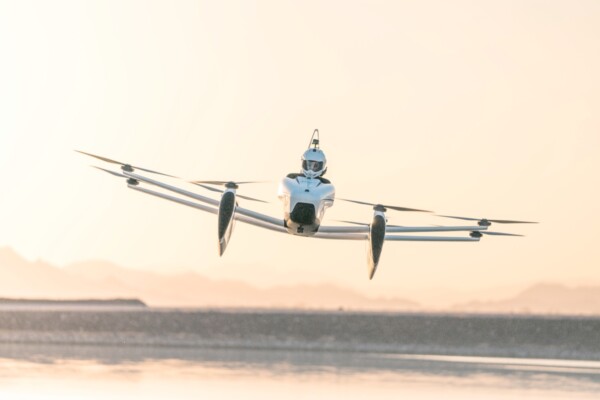 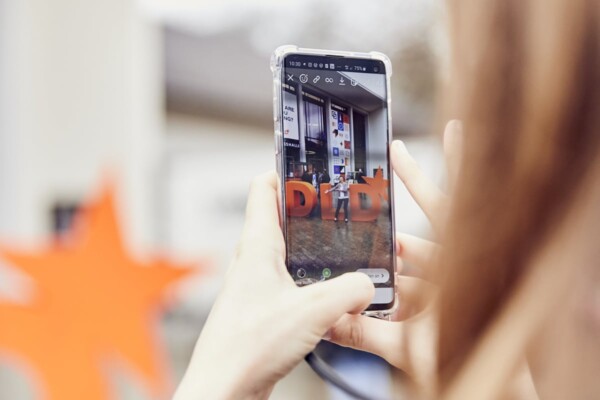 An astronaut, a Nobel Prize winner, a chess champion, many champions of a sustainable future: Take a look at select videos of DLD20.