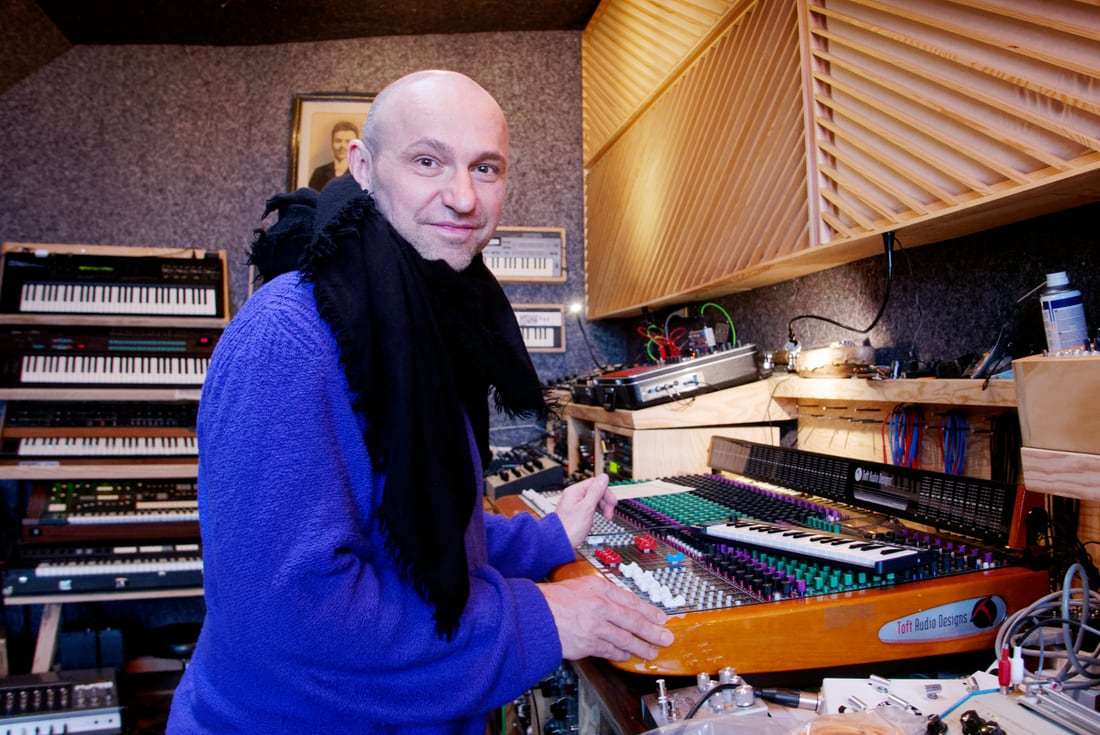 When you listen to the new song In Spite of Everything you’ll be hard-pressed to note the presence of a third creator. Officially, the vibrant piano track has two composers: Henrik Schwarz and Bugge Wesseltoft. Schwarz, an internationally acclaimed musician and producer, is known for electronic beats infused with elements of jazz and classical music. Wesseltoft is considered one of Europe’s leading jazz musicians.

So who’s number three? He – or rather: it – hides in the undertones.

To bring an extra level of improvisation to the song, Schwarz turned to a player piano in combination with software that he developed himself. In theory, player pianos (also known as pianolas) can perform songs automatically. They simply follow instructions imprinted in the “piano roll” – a roll of paper with holes that tell the piano which notes to hit.

Schwarz found the automatic way of making music boring. So he came up with a new form of human-machine collaboration.

Play, piano! This video shows one of Schwarz’s early experiments with software and a pianola.

“I wrote a computer program that manipulates whatever I play on the piano”, he explains. The software takes his input and tweaks it within a predefined framework of musical rules. “It responds to the dynamic of my playing and it follows a pattern”, Schwarz says.

The system he devised also makes sure that Schwarz always remains in control: “I’m the master.” And yet, the back and forth between the musician and his algorithms results in songs that are entirely original and would be impossible without the contribution of the machine.

“The code shapes the track”, Schwarz says. “The computer participates in the performance and plays a great part in the aesthetics, in what it sounds like.”

Two humans and a machine: Can you hear the influence of the algorithm?

All of this happens in real time, with the software responding to the musician’s input. “This way, relatively simple computer code can result in complex music”, Schwarz explains. He likens his system to the musical version of a “mobile”, a kinetic sculpture that has a “simple structure but complex movements”.

Sitting in his studio in downtown Berlin, Schwarz, 47, describes his lifelong passion for experimentation and exploring new avenues in technology and music alike. After studying graphic design Schwarz became a sought-after DJ and producer “largely by accident”, he says. His career started some 20 years ago in Berlin’s clubbing scene and has led to more than one hundred releases of original songs and remixes, including works of Steve Wonder, James Brown and Fritz Kalkbrenner.

“Technology has always played a big role in my musical development”, Schwarz says. For much of his career, raw computing power was an important enabler of new creative possibilities. But more and more, software is taking center stage: “A new computer no longer makes a big difference”, Schwarz says. “Now artificial intelligence is coming into play.”

Creative collaboration: At the 2015 Loop festival, Henrik Schwarz and Bugge Wesseltoft explained how they find inspiration in technology.

He plans to incorporate AI into his own player piano system as well, because he is curious to see what creative impulses he might get from more sophisticated algorithms. “I want the AI to give me contrasting ideas”, he explains, “to connect things that are normally far apart.”

Schwarz envisions playing music with a machine-learning system, hoping that the software will be able to recognize musical patterns and suggest counterpoints.

Could the algorithms ultimately become creative on their own? Sure, Henrik Schwarz believes. But what’s the point? “Do we invent all of this so that machines can entertain other machines?” Rather than have AI systems mimic Mozart and Muzak, why not use the power of algorithms to complement human composers? “Imagine there’s a system that knows all the music in the world”, Schwarz muses – how much inspiration could it give to somebody like him?

In that spirit, the German beatmaster can easily imagine playing a concert with robots one day: on stage together, improvising melodies and harmonies, producing sounds that nobody has ever heard before. To the delight of  humans listening in the audience; humans that the music can resonate with.

The Future of Sound

In the DLD Sync kick-off session, Oxford economist Carl Benedikt Frey shares his insights on the future of work, automation and the economy after Covid-19.

Koniku founder Osh Agabi has a daring plan: He’s developing a new kind of of biochip made from brain tissue in order to create sensors

Never in history has there been more knowledge at our fingertips than today – and at the same time, whatever knowledge and skills we acquire